Alan describes himself as ‘someone who tries to remain positive and eagerly awaits the next sunrise’.  This multifaceted Mi’kmaw artist has won numerous awards and travelled the globe showcasing his talent and sharing Mi’kmaq culture.

Alan’s travels have taken him to France many times to participate in shows and trade missions. He’s been to Japan as a delegate with the Department of External Affairs of Canada and took part in a trade mission with several other Nova Scotian companies. He’s also taken part in art demonstrations at Ludwig Beck store in Munich, Germany.

In 2002 Alan was presented with the Queens Golden Jubilee Medal. The following year, Alan was the featured artist and Aboriginal consultant for the production “Drum!” for CBC television and also became a juror for the Canada Council for the Arts!

In 2010, he had an opportunity to present a portrait of Grand Chief Membertou to Queen Elizabeth II on her 22nd visit to Halifax, NS. That same year, Alan was the recipient of a Canada Council grant for his work in “Brainstorm,” a collaboration he did with Nance Ackerman and Dr. Ivar Mendez. He was nominated by David Diviney and again short-listed for the Lieutenant Governor of Nova Scotia Masterworks Arts Award for The Thundermaker a Multi-media installation (2013).

“Anna Mae Star Woman” is a tribute to Anna Mae Acquash who was born in Indian Brook NS. An activist, Anna participated in the march on Washington, D.C., called Trail of Broken Treaties. Originating with the American Indian Movement (AIM), the march included Natives from all over the USA who converged on the capital to draw attention to critical issues facing their people.

The group took over and occupied the Bureau of Indian Affairs building, and then presented a list of 20 civil rights demands. After a week of occupation, the government promised to review their demands, point by point.  This was a great victory which paved the way for a more humane social order.

In October of 2015, Alan released his first book, “The Thundermaker” published by Nimbus Publishing. “The Thundermaker” was based on Alan’s mixed-media exhibit of the same name. In his book, Big Thunder teaches his son, Little Thunder, about the important responsibility he has making thunder for his people.

In 2018 he completed another book, “Mi’kmaw Animals” also under the Nimbus label and in June 2019, “Wolverine and Little Thunder | Ki’kaw’ju Kaqtukowjik” was released.

Alan is a painter, a writer, he has created several art installations, won numerous accolades  and also performs in a band – The Thunder Makers. We had many questions for him – what motivates him, who are his role models and what advice did he had to give? Here’s what he had to say.

Alan Syliboy (AS): Creating a new piece of art and the excitement it generates and where it will lead to.

SBe: Who are your role models?

AS: I would say Shirley Bear would be my main role model.  She gave me my start as an artist. I owe my whole career to her.

SBe: You’ve created paintings, written books, play music, have had several installations and travelled extensively … what has been your most memorable experience so far?

AS: My most memorable experience so far was when I received my Doctorate from St. Francis Xavier (STFx) University in 2017.  It was in recognition for the body of work that I had completed to date.

SBe: What has been your hardest lesson?

AS: The hardest lesson would be patience… working every day, building my career brick by brick. Patience has paid off.

SBe: For upcoming artists/creators (young & old Mi’kmaq artists) that are just starting out, what advice would you give them?

AS: In order to make an art career work you need to have dedication and consistency. Few people have enough of this.

SBe: How has social media influenced your art? Does it change how you choose to create?

AS: It has been a very important element, for instance “The Daily Drum” would not exist without social media.  It creates instantaneous feedback as an artist, plus provides an audience.

SBe: If you could offer any advice to a teen Alan, what would you tell him?

AS: If you want to start working in the arts, visual, music, etc. you need to do something every day.  I was given this advice from an artist, she taught me discipline. Every day, she made a drawing.

Several years ago Alan collaborated with prominent neurosurgeon Dr. Ivar Mendez. When Dr. Mendez first looked at his paintings, he was amazed by the resemblance of their shapes and colors with the histological slides of the brain that were routinely prepared with fluorescent dyes in his research laboratory.  Further discussions with Dr. Mendez inspired Alan to produce a series of paintings related to the brain such as a large format painting with a prominent yellow background entitled “Male Mi’kmaq Brain”.

SBe: What are you currently working on?

AS: I am doing a lot of multi-media work, such as an animation sound-track, a major installation at the Halifax Stanfield Airport, and writing new material for my band.

SBe: What is your ultimate goal as it relates to your art?

AS: My ultimate goal is to make good art every day. With that comes satisfaction.

The Daily Drum series – Alan presents hand-painted drums that can be purchased, or if already sold, can be recreated. He posts regularly on twitter – @AlanSyliboy

This site uses Akismet to reduce spam. Learn how your comment data is processed.

20% off a Amazon New Fire tablet 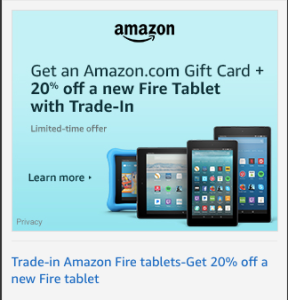